Tenerife is known as the island of the “Eterna Primavera” (eternal spring) due of its temperature stability, 22 degrees average, which makes it perfect for a year-round training. Due to its diverse ground, it has a wide range of routes. It is not uncommon to find cyclists on the roads, most are tourist cyclists, but the weather conditions offered by the National Park, with a lower proportion of oxygen, make this environment an ideal destination for professionals.

For several years, the best cyclists in the world have chosen Tenerife for their workouts. Tenerife and the Teide National Park have magical properties for cycling. Teams such as the Katusha, Movistar, Astana or Tinkoff make their pre-season on the island, the weather and the characteristics of its ground make it the dream place for any cyclist. In few places in the world you can climb in such a short space of time from sea level to more than 2,000 meters of altitude.

The island meets all the conditions to practice this sport any day of the year. It has a continuous spring weather and hundreds of routes that make visitors want to know the island on a bicycle. It is the ideal place for both mountain and road biking.

Tenerife is characterized by its landscape diversity. It is wonderful to see how places change as you go along your route. Both the south and the north have spectacular landscapes. An example of this would be the volcanic landscapes at 2000 meters high, magnificent pine and eucalyptus forests near La Esperanza, the deep and impressive ravines of Masca and the desert changes of the mountains of Anaga. Paths close to the sea, paths that will bring you closer to the culture, towns and people of the area, and the possibility to travel the whole island by road.

Tenerife offers corners for all tastes. The great diversity in the weather, the landscape and the extreme slopes make cycling a unique experience. If you like the bike, do not miss the opportunity to practice your hobby on your next trip to the island of Tenerife.

Some places of interest in Tenerife

The Teide, is undoubtedly the most representative image of the island. The ancient natives, the Guanches, called them Echeyde and considered it a sacred place. With its 3,718 meters, it is the highest mountain in Spain and since 2007 it is considered a World Heritage. 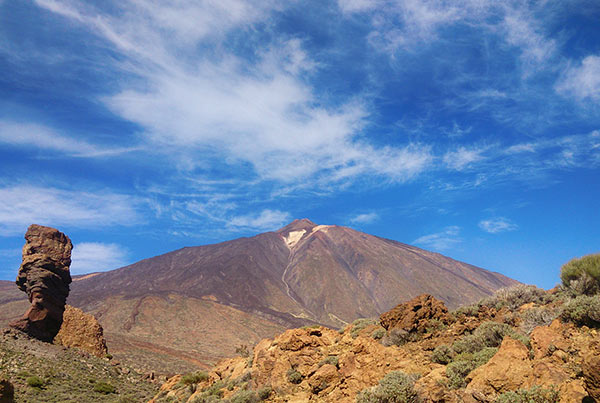 San Cristóbal de la Laguna, is one of the oldest cities in the Canaries and was the site of the Captaincy of the Canary Islands for years. Its historical centre preserves the architecture and atmosphere of the time and in 1999 became a world heritage site by UNESCO. It is a perfect place to stroll, try typical Canarian dishes and buy in their cozy shops. 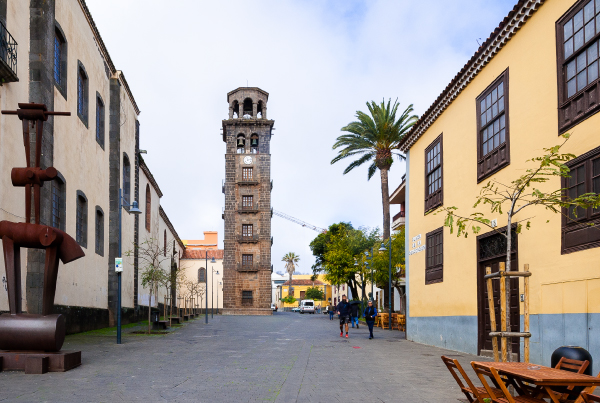 Masca, a village belonging to the municipality of Buenavista del Norte, is formed by ravines and cliffs, and its landscapes are truly spectacular. Its abrupt geography ends in the sea, several meters high. These cliffs are known by the name of Cliff of Los Gigantes. 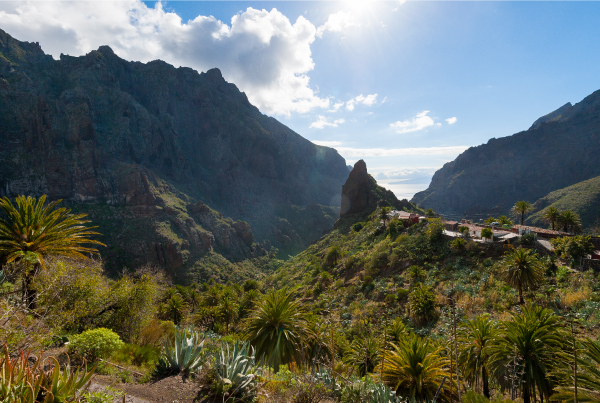 Anaga, is located in the north-east of the island and is the place with the most endemics in Europe and since 2015 is a Biosphere Reserve by UNESCO. Its geography is very abrupt, with huge ravines that go from the coast to the summit to more than 1000 meters of height. Also in its interior is located the forest of the Laurisilva, that only exist in very few places of the world. 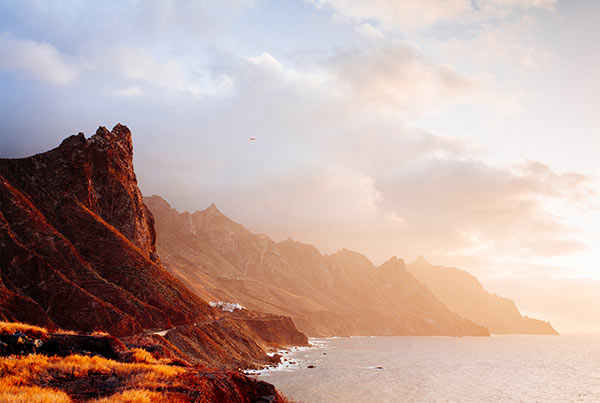 The weather, the eternal spring

Gentle summers and warm springs: The pleasant climate and constant spinglike temperatures enable you to enjoy the conveniences of the sun, the pureness of the air and the freshness of the trade winds. Also here you can see the famous contrasts of Tenerife: While you can enjoy an average temperature between 20 and 25°C (68-77°F) at every site on the island during the spring months, there are still some snow-covered places at the mountaintop of the Teide and its surroundings, at a height of 2000m (~ 6562 ft).

On the various bicycle routes you will be able to enjoy the local cuisine and relax. There are various marvelous locations to discover where the best Canarian dishes are served.

The Canarian cuisine is a high appreciated one. It unites various exceptional factors such as a climate that is advantageous for agriculture and rich fishing grounds. The traditional recipes have been influenced by a blend of African and Spanish culture, both from the mainland and the islands, that has been proceeding for hundreds of years.

The cuisine of Tenerife is mainly characterized by plain recipes, delicious and unique in their simplicity. There is a great variety of traditional kinds of cheese, both of those which are eaten freshly and those which take some time to develop their flavor. Meat dishes are usually accompanied by “papas arrugadas”, some kind of strongly salted, delicious jacket potatoes.

But without any doubt the Canaries are most famous for their “mojo”, a recipe with ancient roots and a must-have on every Canarian table. It is a spicy salsa, based on vinegar, garlic, pepper and bell pepper. The best-known ones are “el mojo verde” (“the green salsa”) which contains much coriander and the red one, “el mojo picón” which gains its flavor mainly out of sweet pepper.